Home Products How it works
Menu

Neosine and Neosine Forte are medicines which fight the most common cause of the upper respiratory tracts infections1 – viruses.

Antiviral effect – after the particles of the virus enter the cell, inosine inhibits the translation process of the virus’s genetic material, thus inhibiting its growth and further multiplication. 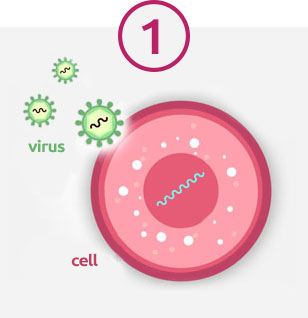 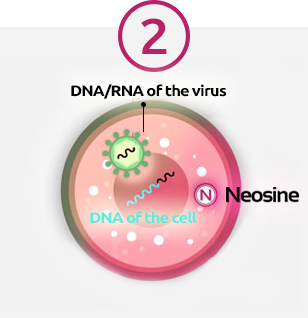 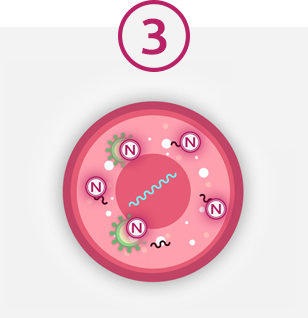 1 Diagnosis of acute inflammations of the upper respiratory tracts (gdo) – selection of materials and interpretation problems related to the presence of physiological flora and carrier; text of the lecture presented on the XXVII Convention of the Polish Society of Microbiologists in Lublin on 5-8 of September 2012, Elżbieta Mazur
http://www.pm.microbiology.pl/web/archiwum/vol5132012213.pdf